The transformation of an oil platform into an artificial reef is underway in Angola. 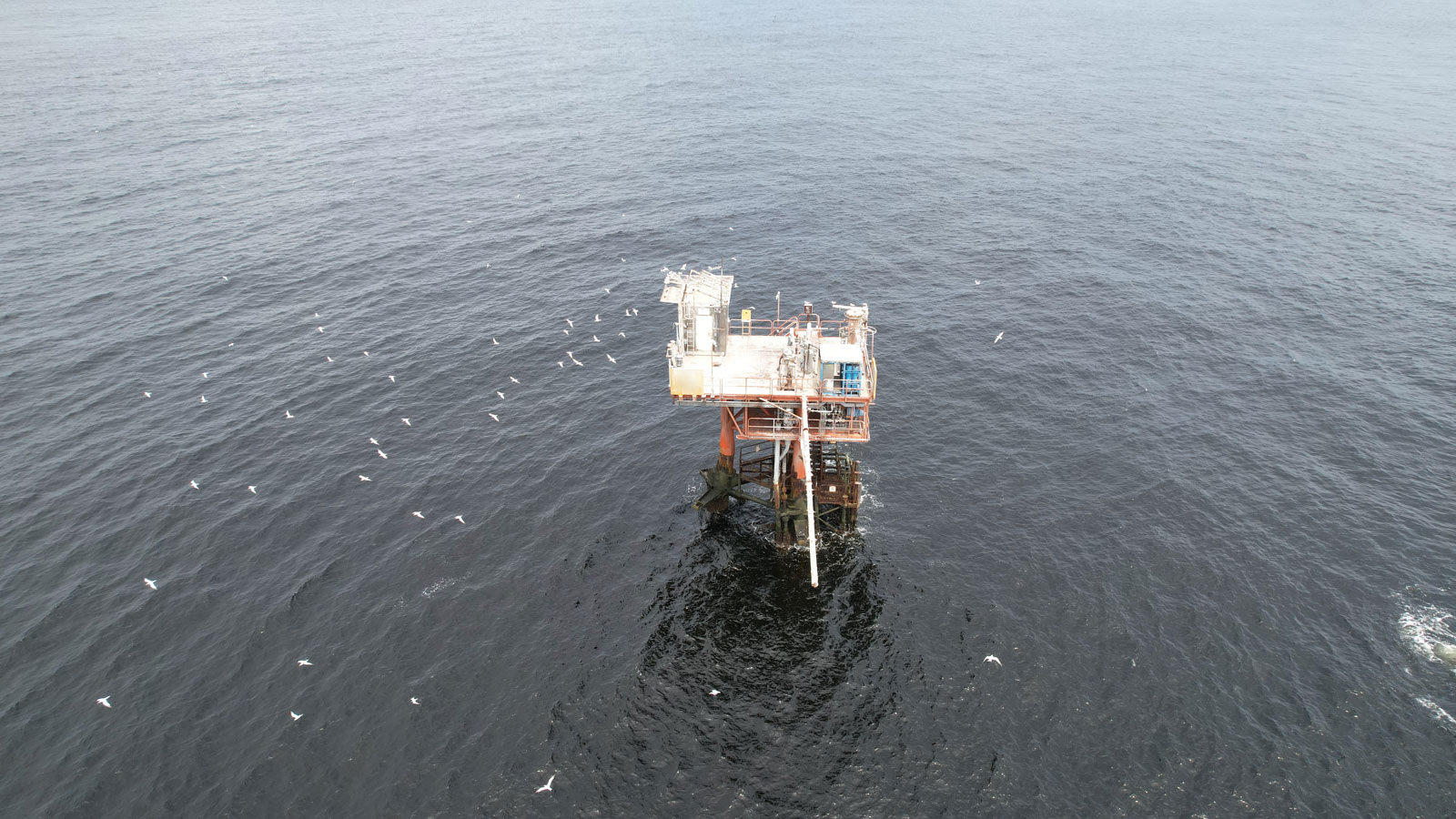 The transformation of an oil platform into an artificial reef is underway in Angola.

It is the first platform in Africa to be decommissioned in a project led by environmental quality services company, EQS, with a Saab Seaeye Falcon underwater robot deployed for the task.

Chief Technical Officer at EQS, Carlos Rodrigues says, “By operating the Seaeye Falcon and all its related capabilities, EQS is supporting its aim to fulfil specific works in a safe and cost-effective manner delivering accurate and relevant information.”

The Falcon is assisting in the survey and mapping of all underwater components, including checking the wellhead, pipelines and the surrounding maritime environment.

Significant marine growth already exists throughout the structure with abundant marine life already in the area for populating the rig when toppled on its side to become an artificial reef.

Once decommissioning is complete, a series of surveys will be scheduled to monitor the evolution of marine growth on the newly created reef.

EQS selected the Seaeye Falcon for its ability to handle an array of cameras, sensors, tooling and complex data gathering systems that include a digital multi-frequency profiling sonar.

Having reached the end of its service life the rig’s transformation into a reef is being undertaken under the auspices of The Ministry of Mineral Resources, Oil and Gas of Angola.

The mission involves a multi-disciplinary team from different companies and sectors of activity, including marine biology, hydrographic surveys, quality inspectors and personnel specialised in survey equipment such as the Falcon.

Future work involves clearing an area of fish nets, restoring platform signalling and marking, positioning of signal buoys and confirmation of pipeline locations along with the surveys to monitor marine growth. 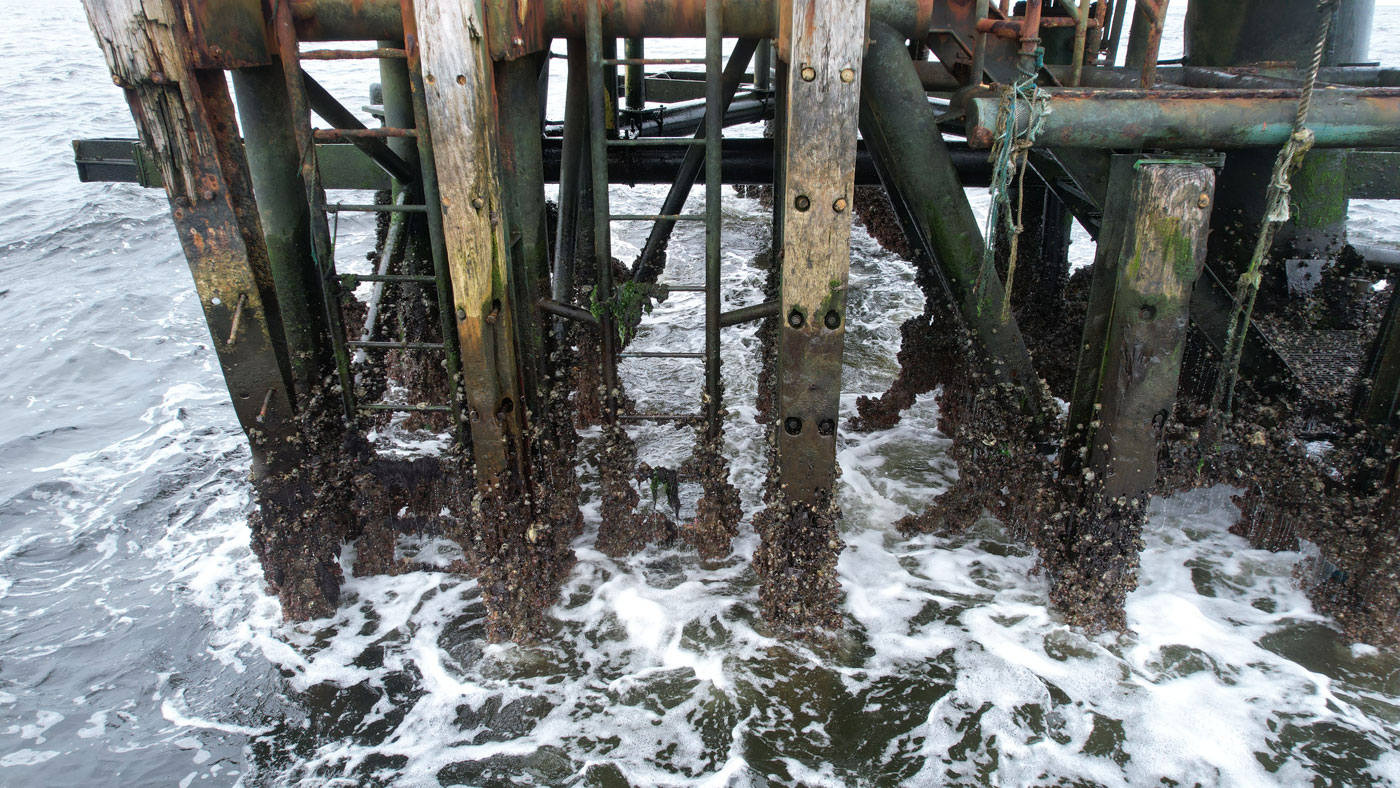 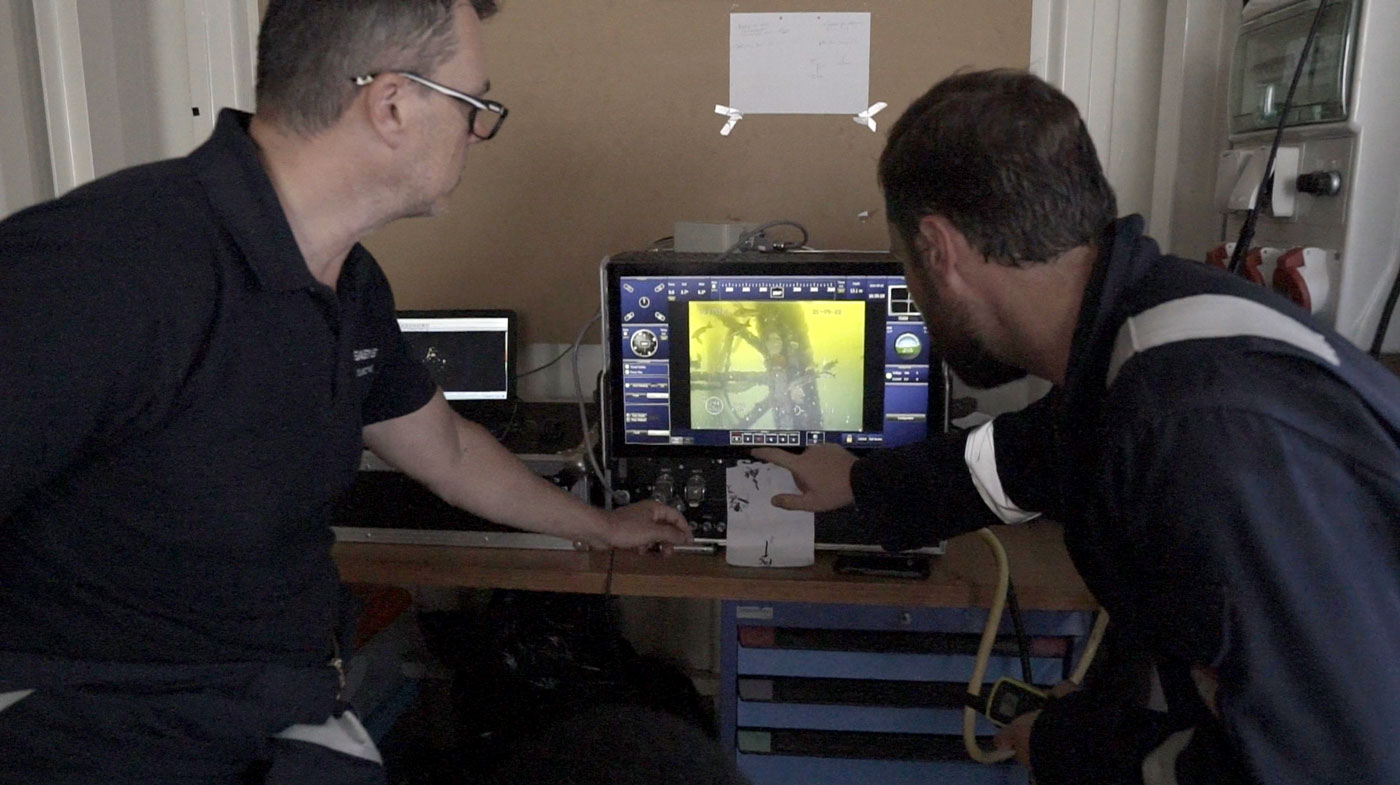 EQS team viewing video images from the Saab Seaeye Falcon of the marine growth and marine animal activity at the platform. 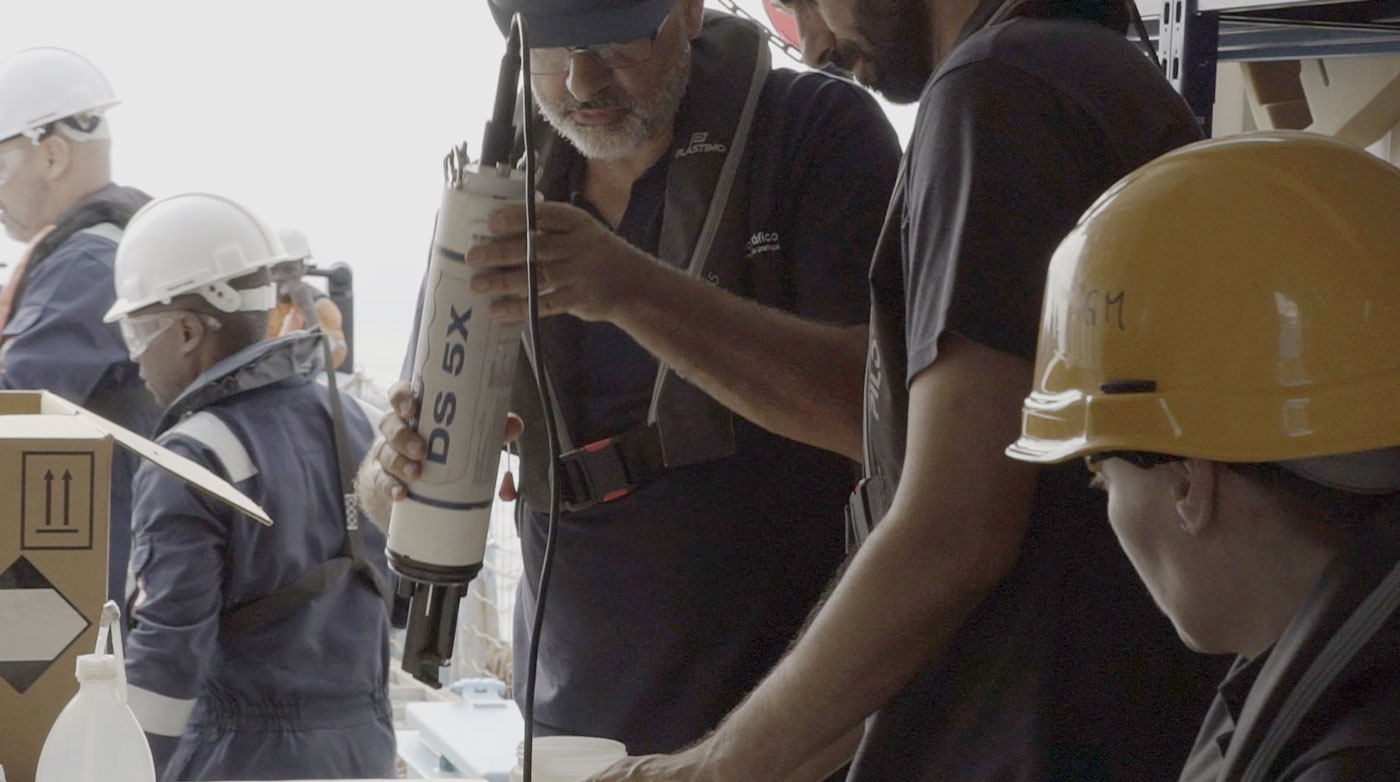 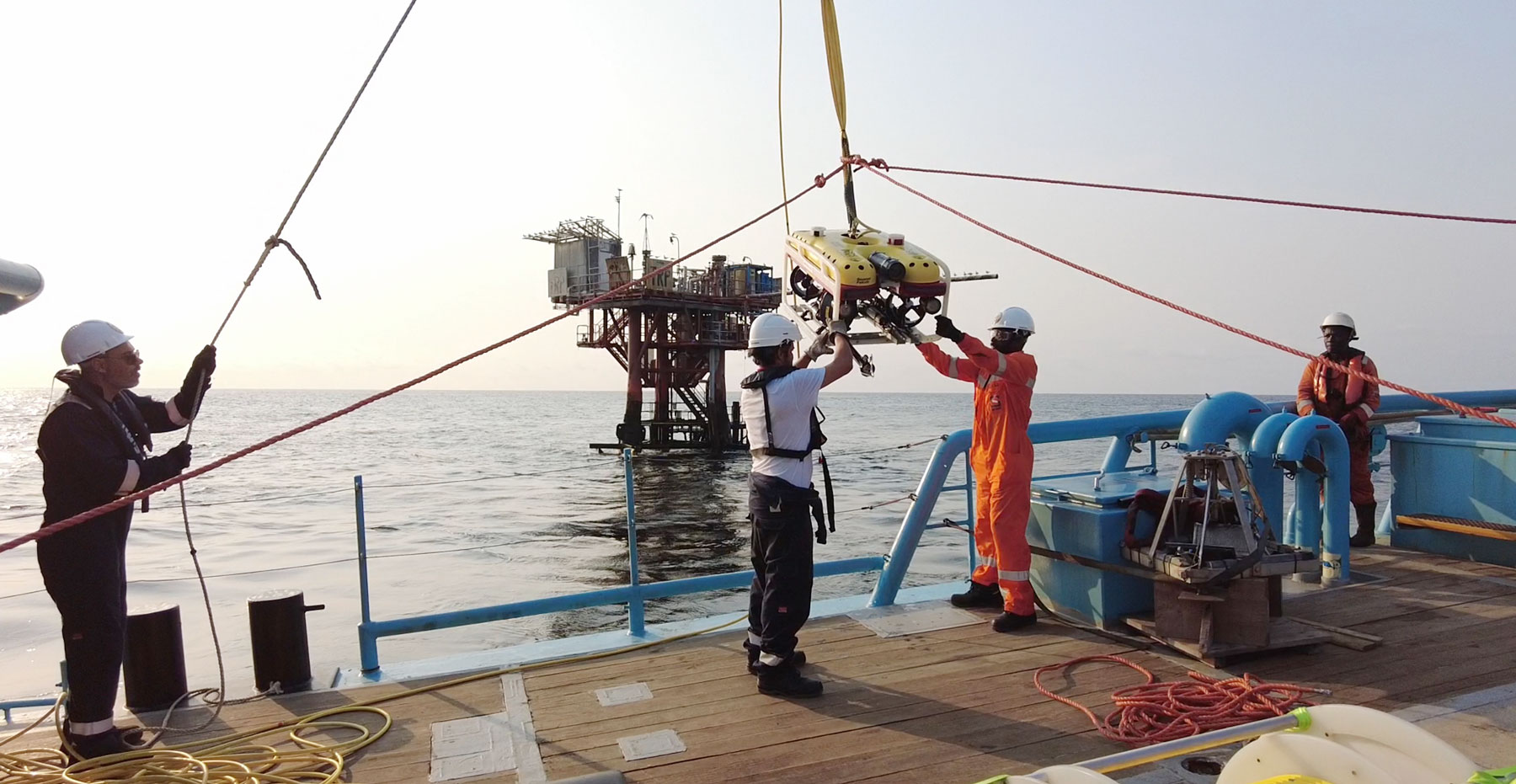 Seaeye Falcon underwater robot being deployed for inspection of the abandoned platform that will become an artificial reef. 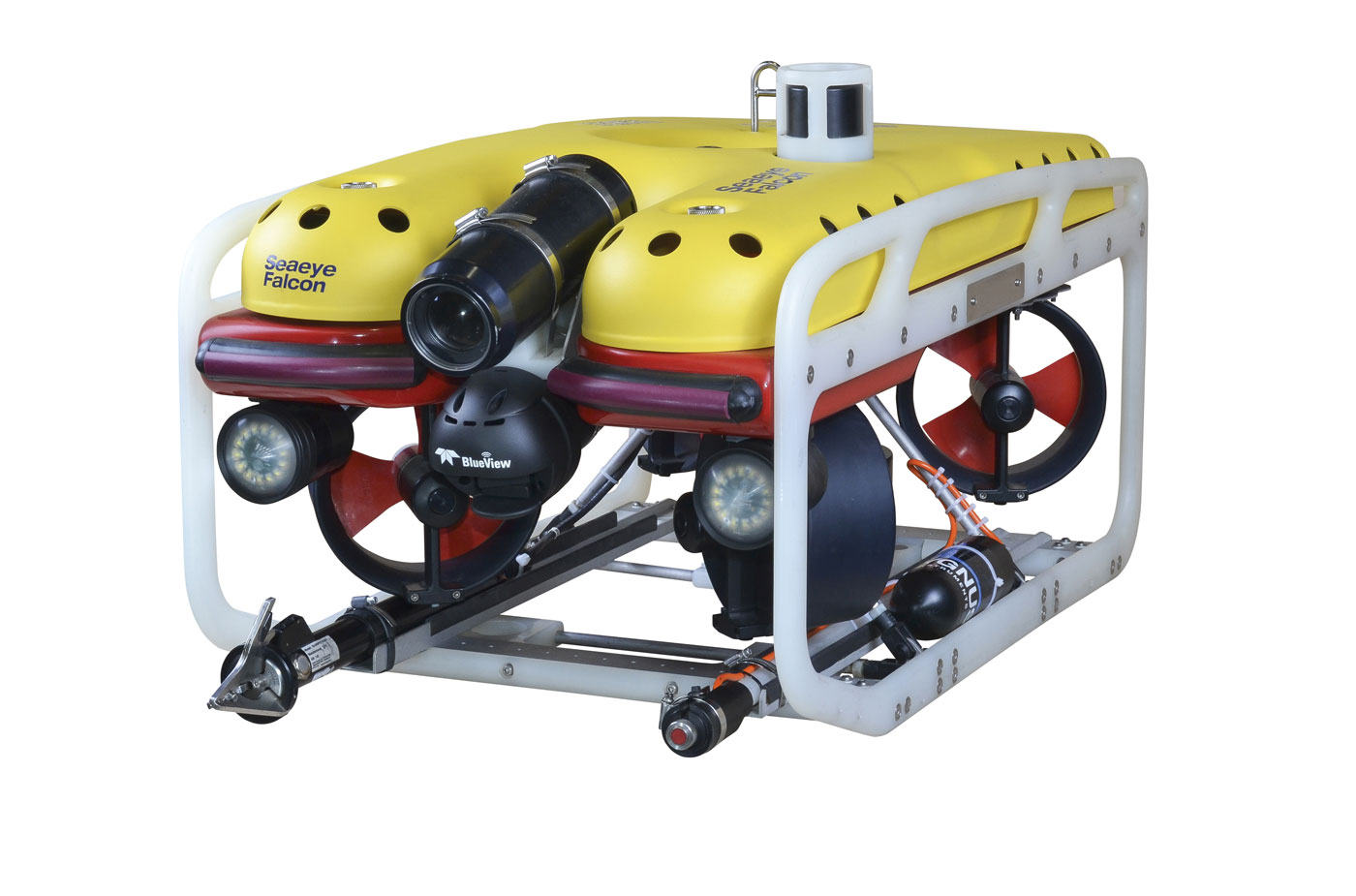 EQS selected the Seaeye Falcon for its ability to handle an array of cameras, sensors, tooling and complex data gathering systems that include a digital multi-frequency profiling sonar.