A Saab Seaeye Falcon underwater robot has helped complete the first-ever systematic scientific survey of the waters of the Maldives — the lowest-lying nation on earth. 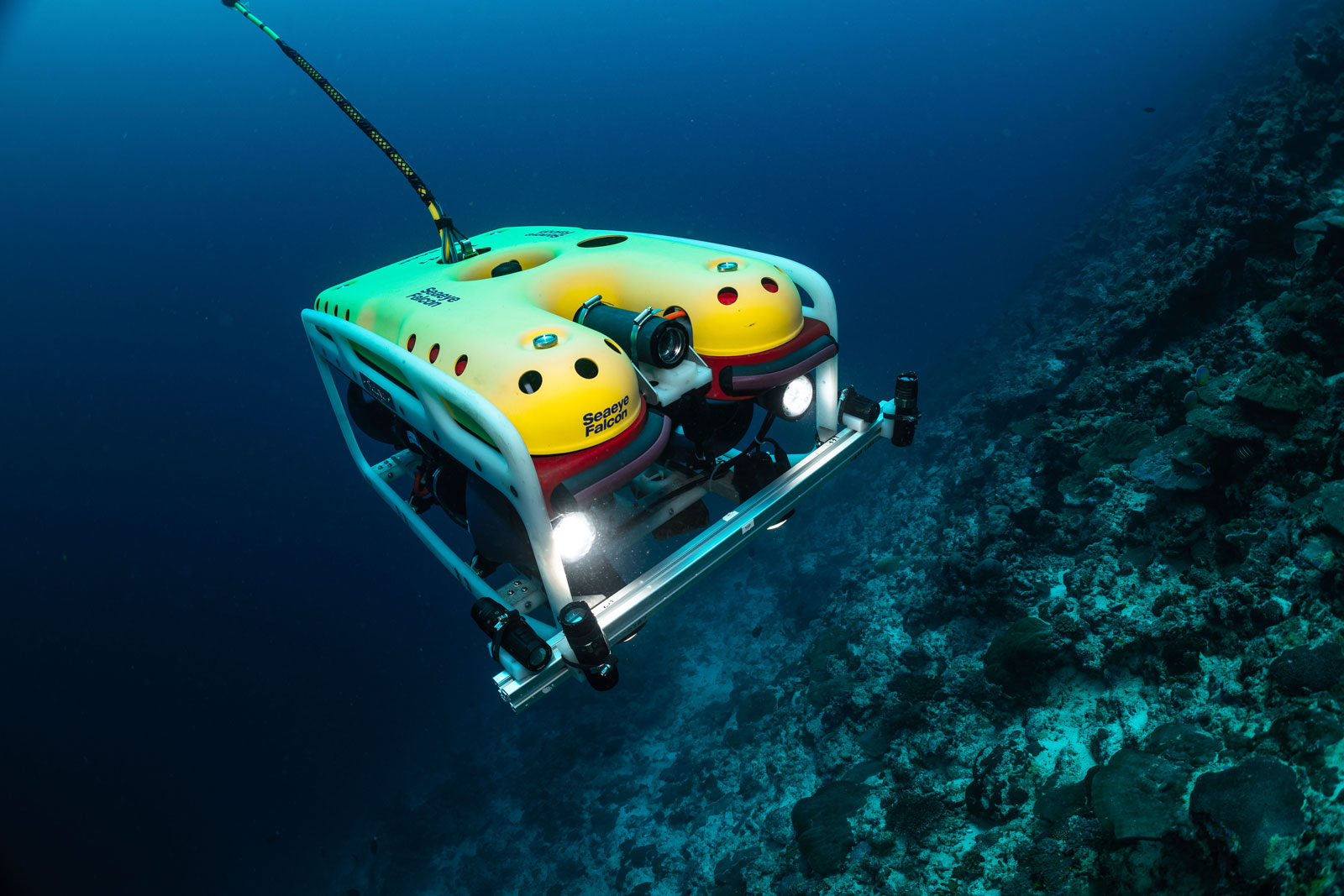 The Maldives is just 1.5 metres above sea level on islands of coral reef atolls. Globally, coral reefs account for 32% of known biodiversity. They are seen as the ‘rainforests of the ocean’, yet at least 97% could be lost with a 1.5-degree temperature rise.

The Nekton Foundation in partnership with the Maldives Marine Research Institute undertook the mission to understand the Maldives’ ecosystem to help create extensive new protected marine areas and strengthen the resilience of coral reefs to protect the islands from increasingly intense storms and erosion caused by climate destabilisation.

As an official partner to the mission, Saab Seaeye donated use of the Falcon to work alongside human-occupied submersibles, autonomous systems and research technologies.

The Falcon and other submersibles and divers collectively documented the extensive biodiversity of the ecosystem from shallow waters to 1000 metres.

Analysis of video transects from the Falcon has revealed 107 fish species and 130 organisms that live on the seabed, such as coral, sponges and algae. Analysis is ongoing with more species expected to be identified.

The Falcon also recorded charismatic megafauna such as turtles and sharks. These specific observations will be used to support projects engaged in long-term population assessments.

The research recorded extensive coral bleaching at many locations. In other locations, however, exceptionally healthy coral reefs were found. This offers hope that healthy coral reefs can thrive, particularly in areas where cold water upwellings prevent bleaching. These areas may be critical to support coral propagation projects.

To enable scientists to document the biodiversity of the ocean around the Maldives, Nekton scientists devised, tested, improved and deployed a novel methodology for using the Falcon for video transects in shallow waters on the complex topography of coral reefs and operating in areas of strong currents.

Two sets of cameras were positioned on the vehicle, one set forward facing and the other set downward facing. They were spaced 80cm apart and at inward angle of 8 degrees ready to be calibrated for stereoscopic video recording.

The same system was used by snorkelers and other submersibles to complete video transects in an identical manner and at different depths.

“Surging currents in the shallows and sheer subsea cliffs made this one of the most challenging operations on the mission,” says Mission Director, Oliver Steeds.

“Only the Falcon could handle the swell surges and powerful currents, including up-currents and down-currents,” he explains.

Renowned for its ability to hold steady in strong currents while filming and manoeuvring, the Falcon is the world’s top robot in its class with a reliability record covering over a million hours underwater.

Nekton is a not-for-profit UK-based research foundation working with the University of Oxford and a wide range of partners engaged in the scientific exploration and protection of the ocean. 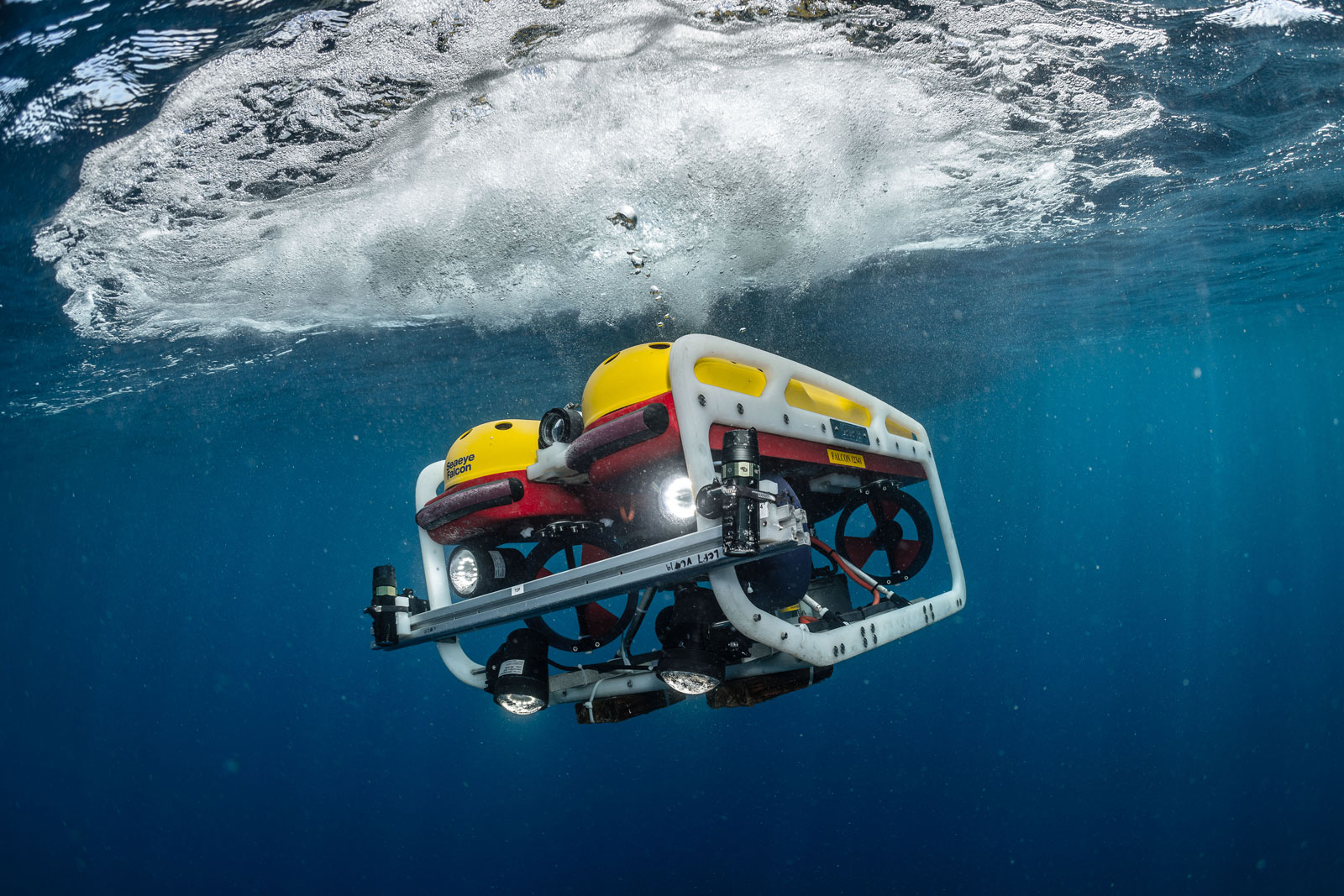 Nekton is a not-for-profit research foundation working with the University of Oxford and a wide range of partners to accelerate the scientific exploration and protection of the ocean.