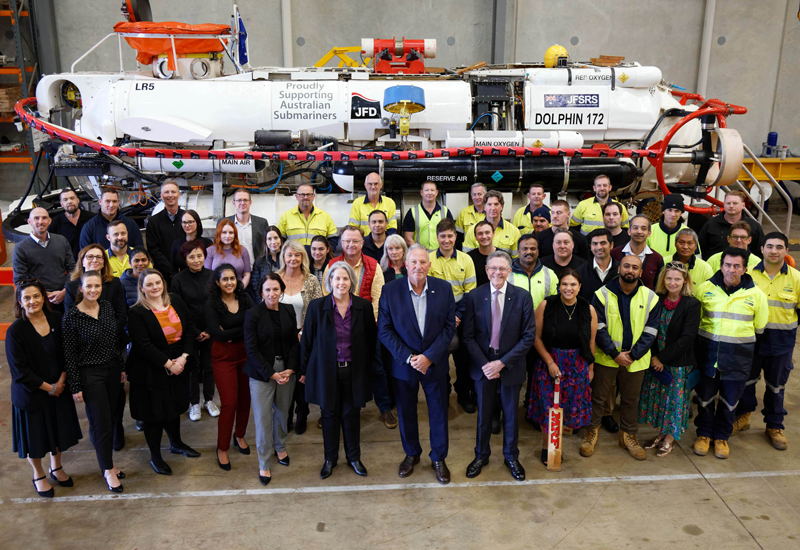 In a visit co-ordinated by the British High Commission, Lord Botham examined all aspects of the world class sovereign capability including getting inside the submarine rescue vehicle (a “mini” submarine) for a first-hand look at the technology used to transfer the crew of a disabled submarine safely under pressure to the ocean’s surface.

The free-swimming, piloted rescue vehicle is part of a fully integrated system that includes a state-of-the-art hyperbaric equipment suite that can provide life-saving medical treatment to submariners (the entire crew of a Collins-class submarine -up to 60 personnel -can be treated simultaneously).

It is one of only six air transportable rescue systems around the world, five of which are supported by JFD, including the NATO Submarine Rescue System (NSRS) which has been successfully delivered to the Royal Navy since 2015.

“It was a privilege to host Lord Botham and to talk with him about the service we have provided to the Royal Australian Navy for the past 15 years and the many ways in which Australia and the UK can work together in the future to keep the world’s submariners safe, wherever they may be.”

“JFD holds contracts with some 80 nations and 30 navies and safety will always be our highest priority. To be able to demonstrate this commitment to Lord Botham and his delegation was a real honour and we look forward to welcoming him again in the future.” 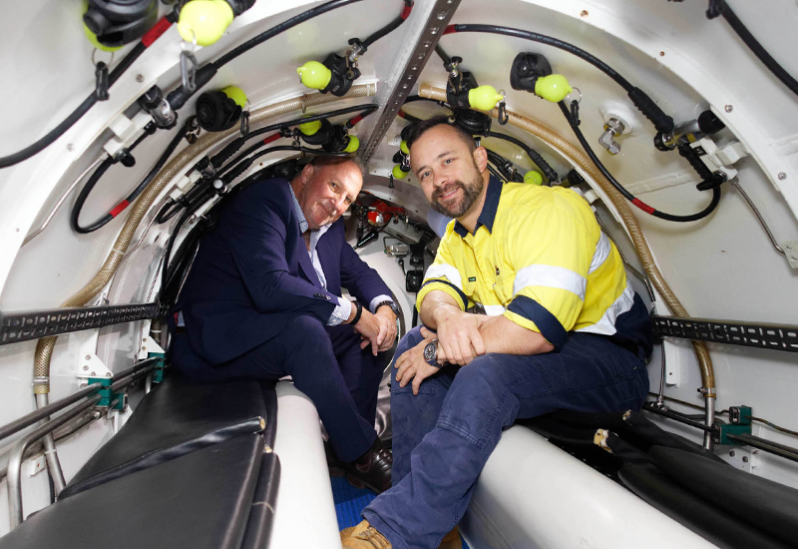