JFD further strengthens their relationship with the Republic of Korea Navy (RoKN), with a contract to supply parts for their Deep Search and Rescue Vehicle, DSAR-5, which will undergo a midlife refit this year.

JFD and the RoKN signed a contract for DSAR-5 in 2006, which entered into service in 2008 and has since been operating in Korea. JFD has been privileged to deliver the RoKN with parts, systems and services during this time.

This year, DSAR-5 is due to undergo an Overhaul Inspection and Major Maintenance Period, and in support, JFD has been contracted by AMC Co., Ltd. and DSY Co., Ltd. to supply a range of electrical and mechanical spare parts to sustain the system into the future.

“We are delighted to continue to offer in-service support to the RoKN, ensuring our submarine rescue systems are maintained to the highest safety level. JFD’s deep search and rescue (DSAR) submarine rescue vehicles are designed and built with over 25 years of submarine rescue operational experience. We are proud to be able to offer our customers with parts, systems and services such as training, alongside our innovative submarine escape and rescue solutions.” 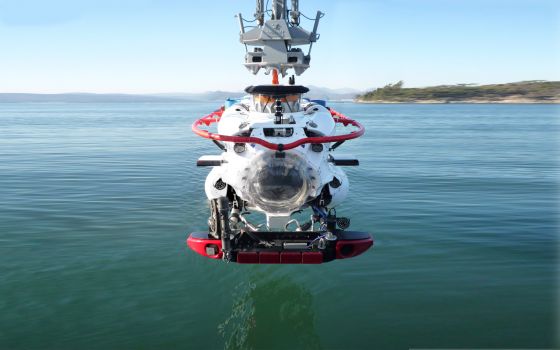 In addition, JFD signed a contract with the RoKN in 2018, to deliver a new Third Generation DSRV (Deep Search and Rescue Vehicle), which is due to commence sea trials later this year on the Korean ASR-II Submarine Rescue Ship.

The Third Generation Submarine Rescue System focuses on efficient design and optimising Time to First Rescue. The DSRV has been designed to maximise battery capacity and operational endurance, while ensuring minimal time is spent recharging the vehicle’s batteries so the DSRV can be quickly deployed in the event of an incident.

“It is exciting to have reached the point where we can start sea trials this year for the RoKN and our Third Generation submarine rescue system. JFD is at the forefront of submarine escape and rescue solutions that improve safety and preserve life in the event of an emergency. We continue to set new benchmarks and standards, and this continuous development is not only our pedigree but how we deliver long-term value to all of our customers.”

JFD is an established provider to 80 countries and 33 navies worldwide, as well as providing the NATO Submarine Rescue System. JFD currently supports multiple submarine rescue systems in service around the world, and delivers comprehensive submarine rescue exercises, such as the annual Black Carillion exercise with the Royal Australian Navy.