“Exercise GOLDEN ARROW 2021 enabled the NSRS team to return to its programme of rescue exercises after the interruption caused by the COVID-19 pandemic. Participation in such exercises ensures the teams operating the capability have practiced procedures and can operate effectively in the event of an operational submarine rescue situation anywhere in the world. The NSRS Operations Group, comprised of French, Norwegian and British naval and JFD contractor personnel, successfully completed the exercise objectives demonstrating the unique benefits of this Government owned Contractor operated capability”. 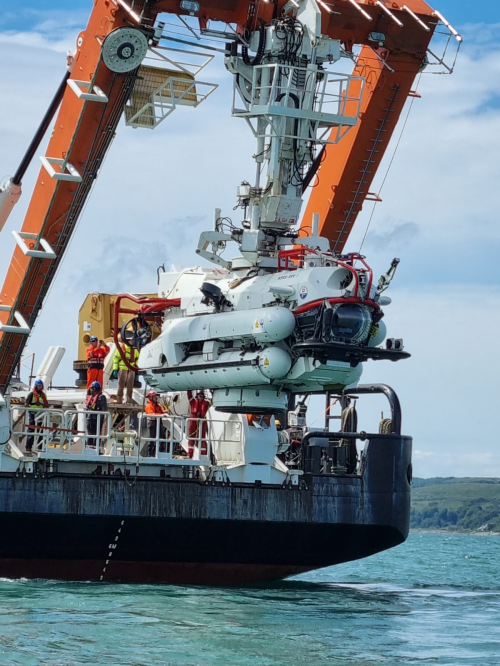 “Not only was Golden Arrow yet another successful NSRS exercise executed by the JFD team during challenging circumstances presented by COVID, it also provided the first opportunity to deploy at sea the new fibre optic communications system.  This system provides a step change in capability for NSRS, which is now the only rescue system in the world with a continuous fibre optic link back from the SRV to the MOSHIP.

Exercise Golden Arrow once again demonstrated JFD’s ability to safely plan, manage and execute a complex large scale at sea deployment to the satisfaction of our customers in France, Norway and the UK.”

In addition, the exercise provided the opportunity to prove the competence of the JFD personnel who are responsible for providing 24/7 rescue readiness of the NSRS, giving peace of mind for the UK, French and Norwegian Navies and the wider global submarine community.

Regular submarine intervention and rescue exercises are essential for ensuring equipment and personnel are able to respond effectively in the event of a submarine accident, and in as little time as possible. This becomes the ninth successful vessel based rescue exercise for JFD throughout the course of operating NSRS, reinforcing its responsibility in assuring the operations team is fully trained in all aspects of a safe rescue.

The initial five-year contract for the provision of the NSRS by the MOD was extended to 2023, demonstrating the customer’s confidence in JFD’s ability to operate and maintain the system, which encompasses all aspects of NSRS operations and through-life-support. As part of this agreement, JFD continues to work with the authority to develop the system ensuring the highest safety standards are always achieved.