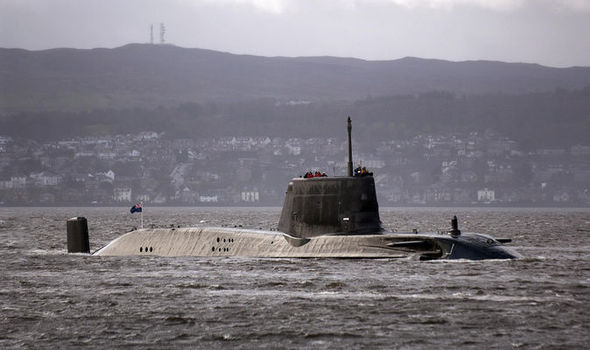 Multinational defense and aerospace firm BAE Systems has been awarded an 85 million-pound ($116-million) contract to develop a next-generation submarine for the Royal Navy.

The company is tasked with the development of a submarine to replace the UK’s Astute class. The project is expected to provide around 250 high-skilled jobs in Cumbria.

In a press release, BAE Systems revealed that the multimillion-dollar contract was awarded following approval of a three-year program for the Definition and Design phase of the submarine project. The firm will work alongside Submarine Delivery Agency (SDA), Rolls-Royce, Babcock, and other defense partners.

“Marking the start of a new journey in submarine development, British designers and engineers will lead the way in building submarines for our Royal Navy,” UK Secretary of State for Defence Ben Wallace explained. “This multi-million-pound investment ensures that this vital capability will be ready to replace our Astute class submarines as they come out of service.”

‘A Complex and Challenging Feat’

BAE Systems Managing Director for Submarines Business, Steve Timms, said that he and his colleagues are very proud that their company has been entrusted with the development and delivery of the country’s latest submarine.

He pointed out that the contract further strengthens the company’s partnership with the Royal Navy.

“We’re looking forward to working with our partners and helping to deliver another strategically important and critical national defense program,” Timms remarked.

Meanwhile, SDA CEO Ian Booth claims that designing and building submarines is “one of the most complex and challenging feats of engineering” that the company will undertake. He also explained that the early stage of development might rely on the skills of the nation’s most experienced defense nuclear experts.