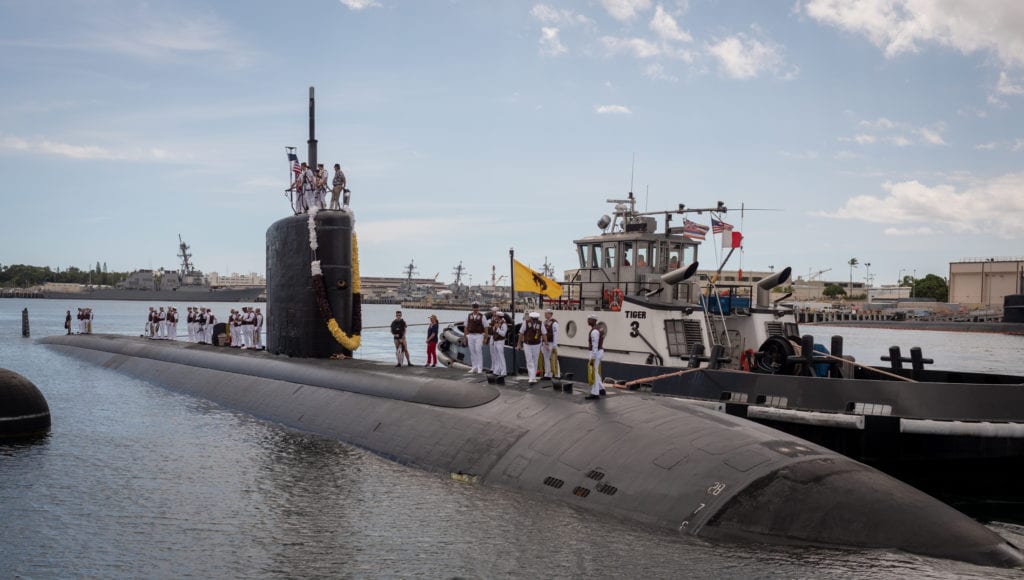 ARLINGTON, Va. — Raytheon Intelligence & Space, a Raytheon Technologies business, was awarded a $90 million contract by the U.S. Navy for 23 Submarine High-Data Rate antenna systems, the company said in a Jan. 11 release. Contracted in 2020, the work is expected to be completed on the new antennas by January 2024.

The SubHDR system is used to provide submarines with high-capacity communications. The system vastly improves a submarine’s mission capability and the quality of life for sailors by affording them high-data rate communications with the world outside of the sub without sacrificing the submarine’s stealth.

“The SubHDR system provides secure connectivity for submarines that supports mission-critical information delivery to the right people at the right time.”

SubHDR links submariners to the Global Broadcast Service, the Milstar satellite constellation and the Defense Satellite Communications System, via a unique mast antenna that connects them to the above-sea world.