The system’s rescue vehicle can transfer up to 15 people, including patients on stretchers, and return them to the surface. 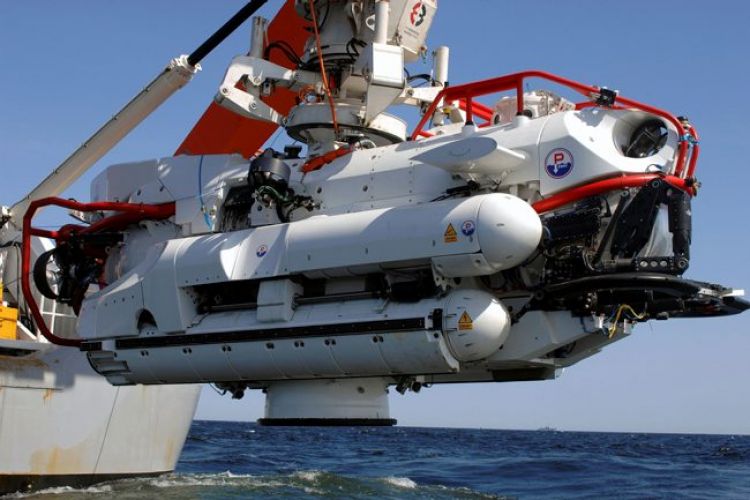 A rescue system that can evacuate submariners from a stricken vessel is setting off to take part in a NATO exercise.

The NATO Submarine Rescue System (NSRS), based at Faslane, can dive down to a submarine in distress and dock with escape hatches, enabling those inside to get out.

Operating teams aim to have it anywhere in the world within 72 hours.

Around 40 military personnel from the UK, Norway and France will join partners from James Fisher and Sons and Babcock to test the system in Exercise Golden Arrow, which runs until 13 September.

The system, jointly owned by the UK, France and Norway, was loaded on to a ship in Glasgow on Wednesday and will sail down the River Clyde to take part in the exercise off the coast of Arran.

Commander Chris Baldwin, from the Royal Navy, said they will ‘put a target on to the seabed and then launch the Submarine Rescue Vehicle (SRV) into the water’: “The pilots can then practise manoeuvring on to the target and the rescue chamber operator in the back of the submarine, who operates a pressure lock, can practise the procedures to open the lock safely on the target.

The NSRS is in three main parts, the first of which is an Intervention Remotely Operated Vehicle (IROV).

The IROV is an independent system that is likely to be deployed first to supply life-saving stores such as food, water and medical supplies.

Next is the Submarine Rescue Vehicle, which can to dive down to 610 metres and locate and dock with the submarine.

Up to 15 people can be transferred to the rescue vehicle, including patients on stretchers, and then returned to the surface.

Lastly, rescued crew members can be transferred to the Transfer Under Pressure decompression facility while the SRV performs further recovery dives.

The NATO Submarine Rescue System was introduced in 2006.