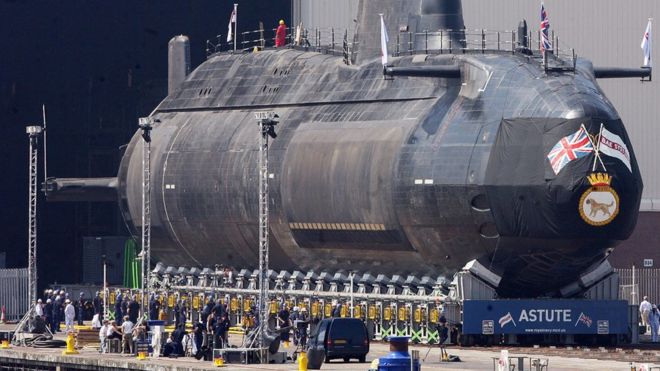 BAE Systems has signed a contract worth £67m to expand its site at Barrow to build the UK’s new nuclear deterrent submarines.

The Devonshire Dock Hall, where the Astute class submarines are made, needs to be extended to allow enough space for the construction of the Successor submarines.

The firm has signed a contract with Morgan Sindall to carry out the work.

The defence giant employs 4,000 workers at its Barrow site.

The company is to build seven nuclear-powered Astute Class submarines and will work on early designs for the new Successor Class.

Successor, the replacement submarine to the Vanguard Class, was given the green light by the government two years ago.

“The Devonshire Dock Hall is an iconic building – home to the construction of some of the world’s most advanced and capable submarines.

“This contract will enhance the facility to ensure our workforce can deliver future submarine programmes to the Royal Navy.”