An enormous cylindrical piece of a nuclear submarine has been successfully driven through the streets of Barrow-in-Furness to an indoor shipping complex.

The massive piece of machinery, weighing over 1,000 tonnes, is the heaviest to be moved to date by technology and defence giant BAE Systems.

It was driven to Devonshire Dock Hall in Barrow-in-Furness from the New Assembly Shop in Bridge Road, Barrow. 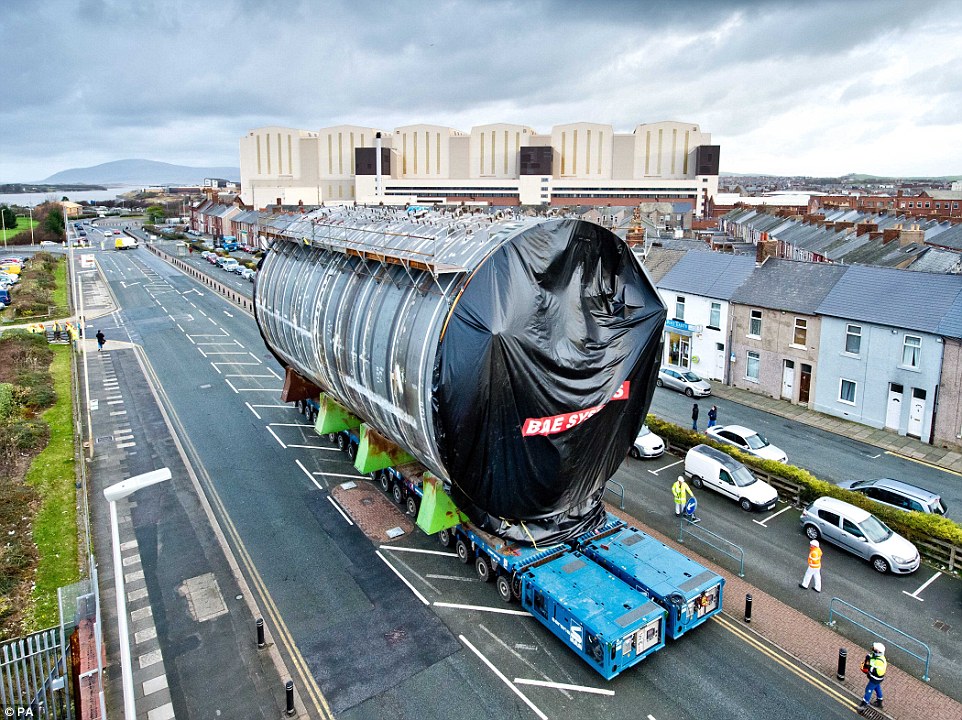 The massive piece of the submarine’s hull (pictured) weighs more than 1,000 tonnes and was transported by BAE Systems earlier today 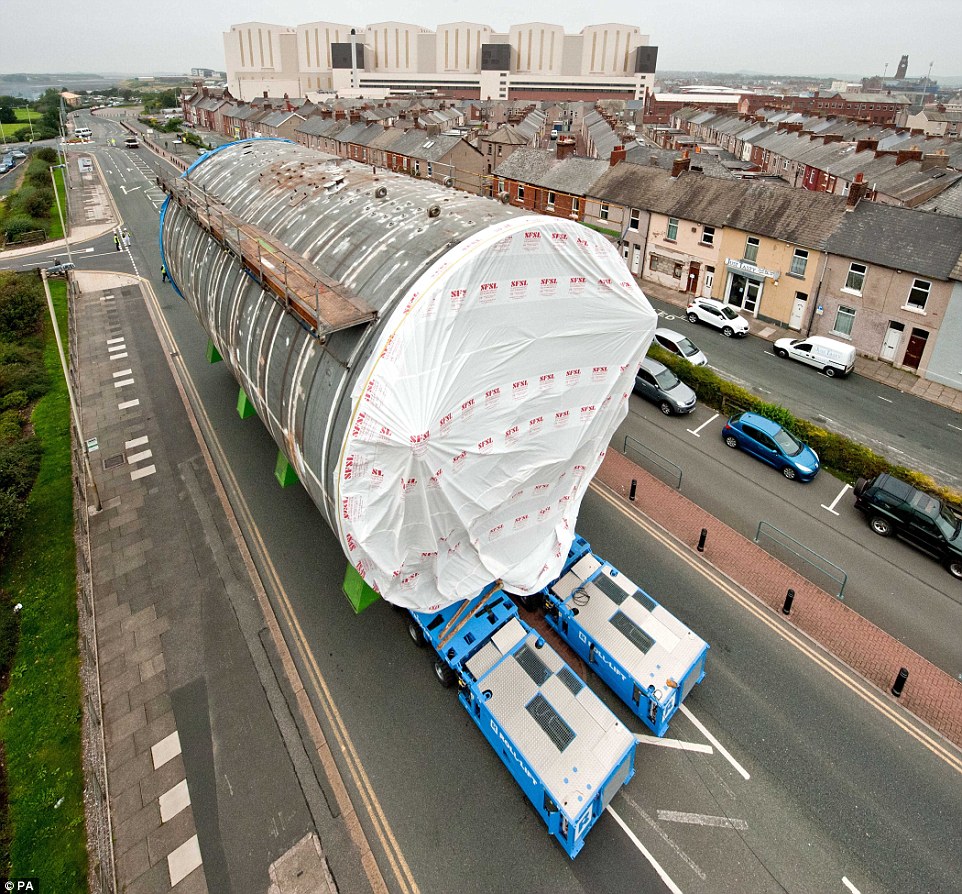 The huge piece of machinery was driven to the Devonshire Dock Hall in Barrow-in-Furness, along narrow residential roads 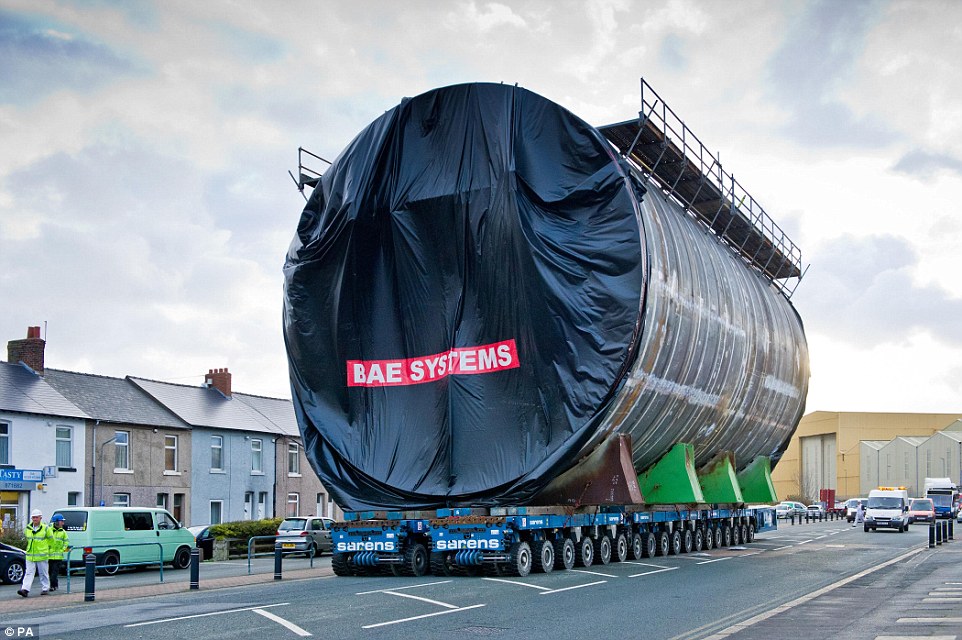 The piece of hull, which forms part of an Astute class nuclear submarine, is the heaviest piece to be moved to date by the defence giants 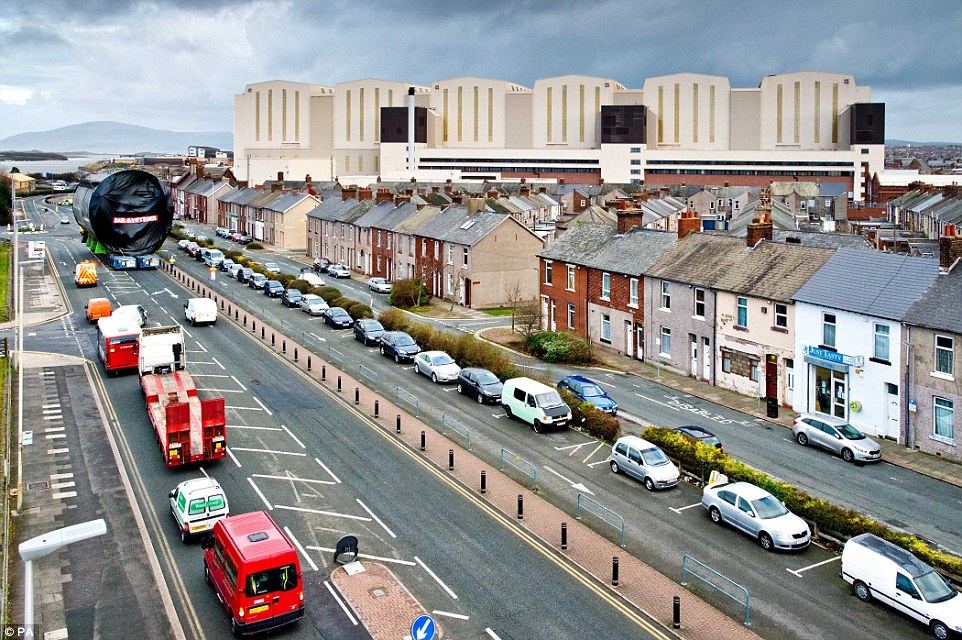 Manufacturing of the nuclear vessel began in 2010, and a sister ship, the HMS Anson, is on schedule to begin sea trials in 2020

The unit will form part of an Astute class nuclear-powered submarine, two of which – HMS Astute and HMS Ambush – are already in service.

Four more are in various stages of construction at Barrow: Audacious, Anson, Agamemnon, and an as-yet-unnamed submarine.