An Israeli Navy submarine crew took part in an exercise last week, which simulated the rescue of a sunken submarine on the high seas. This type of exercise is rare among navies, and the first of its kind in Israel.

The drill, held off the coast of Atlit, was conducted with the special cooperation of the Italian navy – one of the few in the world that maintains the ability to extract a sunken submarine’s crew.

The unique training drill, which lasted three days, tasked troops with rescuing 40 crew members from a Navy submarine at a depth of 60 meters. After a year of planning ahead of the drill, the navy made history, and became one of the few fleets in the world to ever carry out such an exercise. 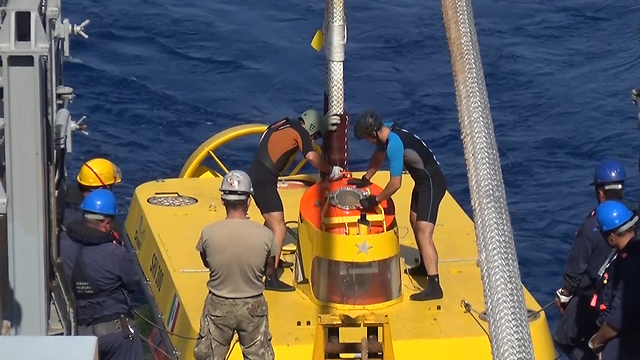 Israel does not maintain the capability to extract submarine crews from the depths of the sea, mainly due to the serious price tags which accompany the resuce equipment. The low probability of a submarine sinking has led the IDF to base its training for crew extractions on a limited number of representatives who had been sent to NATO courses.

“This is an international event. Only a few navies, including Italy, NATO and the United States, have these extraction vehicles,” navy officials stated. The commander of the Italian forces in the exercise held the rank of colonel. 100 navy soldiers and Israeli doctors took part in the exercise and conclusions from the drill will be shared with other naval forces around the world.

The two main extraction vehicles used in the exercise were “the Bell”, a small submarine, and the SRV300 submersible. 40 people were rescued in total, twelve during each round. Every round lasted two to three hours and included a descent to the seabed, a physical connection to the vessel and the gathering of crew members.

“The biggest challenge in these situations is the technical ability rather than the position of the sunken submarine, as that is not something the rescue staff or those being rescued have control over,” explained Major (res.) K’. “Part of the motivation to conduct such exercises is dealing with time constraints in a situation of a sunken submarine.” 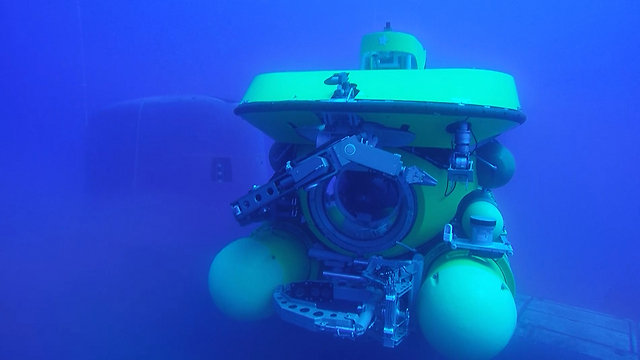 “A sunken submarine can continue its routine functions with its crew for a few days until it is rescued, and for Italians, because of their geographical proximity to us, it’s a matter of two to three days until they arrive, if at all. In rare cases, the vehicles are flown over and assembled before going out to sea.”

There have been very few recorded incidents of submarines sinking. On January 25 1968, the Israeli submarine Dakar sunk while on its way from Britain to Israel – all 169 crew members perished. In the 1960s and 1970s, two American submarines sank and in 2000, the Russian submarine Kursk sank.

While the new and fourth submarine of the Israeli Navy, INS Tanin, has been operational for the last few months, the navy is waiting for a fifth submarine to arrive from Germany sometime this year.

The IDF has recently begun excising the support and close assistance roles which would possibly be filled by submarines in the next possible IDF operation in southern Lebanon.

This capability had only existed on paper, but is slowly being implemented by the Navy. Submarines have begun conducting joint training with ground troops that are set to operate in southern Lebanon. Although the main purpose of a submarine is to be a strategic weapon, the navy intends to substantially influence the tactical battle.

“A drone accompanying the force is able to see a specific area but not the entire area. A submarine with all its systems can see an entire village from both sides and be in constant contact with the maneuvering force commander, “said a Navy spokesperson.