A DOLPHIN shows a new navy submarine the way ahead – by swimming in front of it. 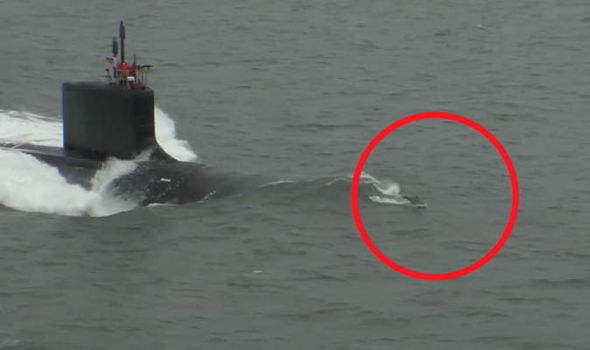 The John Warner, America’s new Virginia-class attack vessel was completing its sea trials when a pod of the creatures was spotted.

As the nuclear-powered sub was being put through its paces off the coast of Newport, Virginia, on May 26, a short clip of the dolphin guard of honour was filmed.

Dolphins appear to enjoy showing off by leaping from the water and can reach over 20mph.

A spokesman for shipbuilder Huntington Ingalls Industries said: “The sea trials were a huge success.”